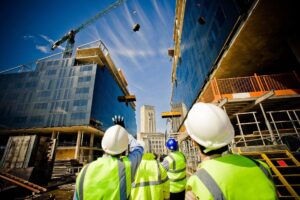 Due to be introduced in April 2020, changes to off-payroll tax are a welcome shift according to the director of the Electrical Contractor’s Association (ECA.)

The rules, known as IR35, are according to ECA director of legal and business Rob Driscoll, a positive in the current climate. In speaking to Construction News, he said “The industry as a whole should welcome the fact that this could shift the model towards more direct employment, which in the face of an exacerbated skills crisis, should be considered as a good thing.”

Ultimately the changes are aimed at medium and larger corporations, assigning them responsibility to check the tax status of their contractors and subcontractors. Firms will be required to take a review of their workers in order to assess whether they ought to be considered as self-employed or as an employee on the payroll under PAYE.

From another perspective, the requirement is a test looking into how micromanaged you are as a subcontractor. However, with larger corporations directly employing only 65% of their workforce, this is a huge responsibility to analyse the remaining 35% of all workers to decide if they ought to be considered for PAYE.

Changes of this sort have already come into effect in industries such as IT, technology and banking, which typically also are high users of the contractor model of employment. The Association of Independent Professionals and the Self-Employed (IPSE) has been heavily critical of the changes, believing they will do “immense damage” to contractors, freelance and self-employed workers.

Moving forwards, the newly-appointed chancellor has assured that within the first year HMRC will take a light touch following their introduction.

Any cookies that may not be particularly necessary for the website to function and is used specifically to collect user personal data via analytics, ads, other embedded contents are termed as non-necessary cookies. It is mandatory to procure user consent prior to running these cookies on your website.